Myths of Modern History: From the French Revolution to the 20th century world wars and the Cold War

At a time when it’s all too easy to see history in black-and-white terms, historian Jacques R. Pauwels urges readers to let go of conventional history textbooks and re-examine historical events outside the bounds of conventional ideologies and agendas.

Pauwels uses twelve key events, from the French Revolution onwards, to debunk well-known accepted historical narratives in the western canon. He challenges readers to rethink their views by compiling the recent work of specialized scholars whose research demonstrates that the facts contradict the myths that have been offered to explain these events.

Beginning with a reconsideration of the impacts of the French Revolution, Pauwels finishes by dismantling the American narrative surrounding the use of nuclear weapons in the Second World War and the real rationale for the Cold War and the U.S.’s postwar global democracy project. 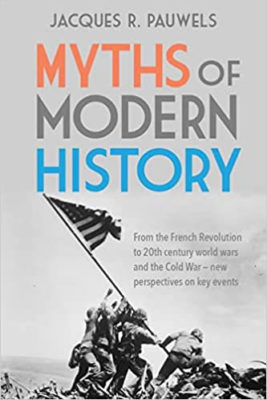