The Myth of the Good War: The USA in World War II

Was the role of the United States in the Second World War an essentially idealistic one, a crusading struggle to conquer the dark forces of German fascism and Japanese militarism? Was it an unequivocally “good” war?

Historian Jacques Pauwels questions this orthodox view of America’s participation in World War Two. In his view, the United States was not the disinterested champion of democracy in the face of dictatorship: its role in the war was determined, rather, by the interests of its corporations and of its social, economic and political elites. His analysis explicitly addresses many of the myths that have since been fostered about the U.S. decision to enter the war alongside the Soviet Union, the U.K. and Canada, and against Nazi Germany.

The Myth of the Good War offers a fresh and provocative look at the role of the USA in World War Two. It spent four months on the nonfiction bestseller lists in Europe in 2000, and has since been translated into German, Spanish and French. 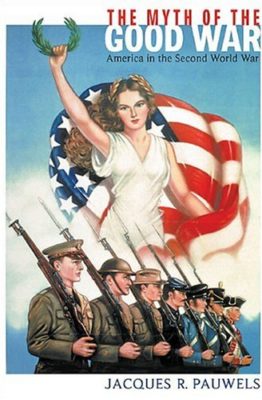